With the third Jack Lark adventure, The Devil’s Assassin, out this week, I wanted to share something about the inspiration behind Jack, a soldier who climbs the ranks by impersonating his superiors. The cheeky devil…

The idea of an imposter is not perhaps as lacking in creditability as some would assume. I am not the first writer to use such a device. Anthony Hope used the device of an imposter back in 1894, in his fabulous Prisoner of Zenda, that sees a travelling English gentleman convinced to act as a political decoy for the kidnapped king of Ruritania. The story was so good that the wonderful George MacDonald Fraser used the story in his Flashman adventure, Royal Flash, and if something is good enough for good old Flashy then it is most certainly good enough for young Jack Lack.

Then there are the true stories of men, and women, who succeeded as imposters. One of my favourites is the story of Wilhelm Voigt, a career criminal in Prussia in the early twentieth century who was imprisoned many times for theft, forgery and burglary. Voigt was to find fame as the fabulously titled, Captain of Köpenick. The quick-witted Voigt managed to acquire enough parts of an officer’s uniform to look the part. He put it on and marched into a local barracks where he took command of a number of soldiers. He took them all by train to the town of Köpenick where he arrested the town mayor and treasurer on a charge of crooked book-keeping, confiscated 4000 marks before disappearing into the night. Although captured he was pardoned by Kaiser Wilhelm himself who called Voigt, “an amiable scoundrel’. It is amazing what can be achieved with a confident demeanour and the right uniform.

Voigt is not alone. There are many others who have carried off seemingly impossible masquerades. There is the true story of Mary Anne Talbot, an Englishwoman who served in the Royal Navy during the Napoleonic Wars. She was only forced to reveal her sex when she was press-ganged later in her career. Surely it is harder to hide one’s sex on a man-of-war than it is to hide a lack of class or manners?

Then there are the stories around the fabulously titled, Chevalier d’Eon, a French diplomat, spy and soldier who fought in the Seven Years War. No one is really sure if the Chevalier was a man or a woman and, after a successful 40-year career serving his country, he spent the last 33 years of his life living as a woman.

Finally I must mention my favourite story of an imposter and the one who really inspired my Jack. Percy Toplis was a boy from a mining town in the north of England. He was to find fame as the Monocled Mutineer during the mutiny of the British army at Etaples in 1917. Toplis had long masqueraded as an officer, stealing uniforms to access the facilities that were for “officers only”. Percy was a northern lad from a pit town with very little schooling, yet he found it easy to impersonate the officer class without anyone objecting. If a lad like Percy could do it then so could my Jack.

With so many imposters as inspiration it was clear that it would be a wonderful way to create a character. For an imposter the world is there for the taking. There will be no ties to regiments or campaigns; no need to be anywhere at a specific time. Such freedom is a wonderful licence for an author and one I plan to exploit for as long as I am allowed. 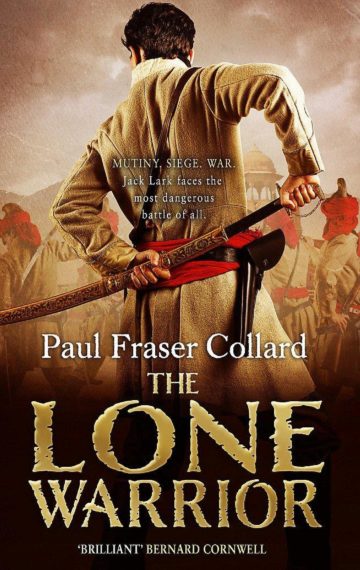